B6 May Fend off Common Cancer 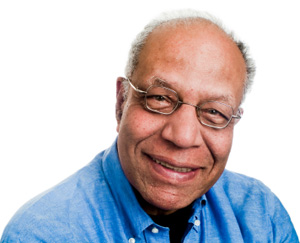 People with the highest blood levels of vitamin B6 had 48% lower risk of being diagnosed with colorectal cancer.
Colorectal cancer is the second leading cause of cancer death in the United States, despite being one of the most preventable cancers. Along with regular screenings and exercise, and maintaining a healthy weight, new research points to dietary vitamin B6 as another way to keep colon cancer at bay.

One big B6 study

Researchers used a process called meta-analysis to combine and analyze data from 13 previous studies on vitamin B6 and colorectal cancer risk. The advantage of this approach is that it allows for large numbers of people to be studied together. Larger numbers of study subjects increases the likelihood that relationships between causes and effects will be discovered, if they exist. The study revealed that:

The vitamin B6 study has both strong and weak points. In many cases, a meta-analysis can give better results than any single, observational study alone. The larger numbers of study subjects can uncover interesting results that you might not see otherwise.

On the downside, only two of the 13 studies considered both dietary and supplement sources of vitamin B6. The other studies focused only on dietary vitamin B6. So, the meta-analysis didn’t sort out whether vitamin B6 from food or supplements is most important for reducing colorectal cancer risk.

Another issue is that this meta-analysis does not prove cause and effect. It only shows an association between B6 and colorectal cancer risk. It is important to keep in mind that just because two things may be shown to be associated, this information doesn’t prove that one caused the other.

Beefing up your B6 intake

Though it didn’t conclusively prove that more vitamin B6 leads to lower colorectal cancer risk, the study points to potential benefits of getting plenty of B6. Try to include the following vitamin B6-rich foods in your diet on a regular basis:

Suzanne Dixon, MPH, MS, RD, an author, speaker, and internationally recognized expert in chronic disease prevention, epidemiology, and nutrition, has taught medical, nursing, public health, and alternative medicine coursework. She has delivered over 150 invited lectures to health professionals and consumers and is the creator of a nutrition website acclaimed by the New York Times and Time magazine. Suzanne received her training in epidemiology and nutrition at the University of Michigan, School of Public Health at Ann Arbor.
Copyright © 2011 Aisle7. All rights reserved. www.Aisle7.net

Don't know what to make for dinner? what about Marinated[...]

By Maureen Williams, ND A new study looked at the[...]